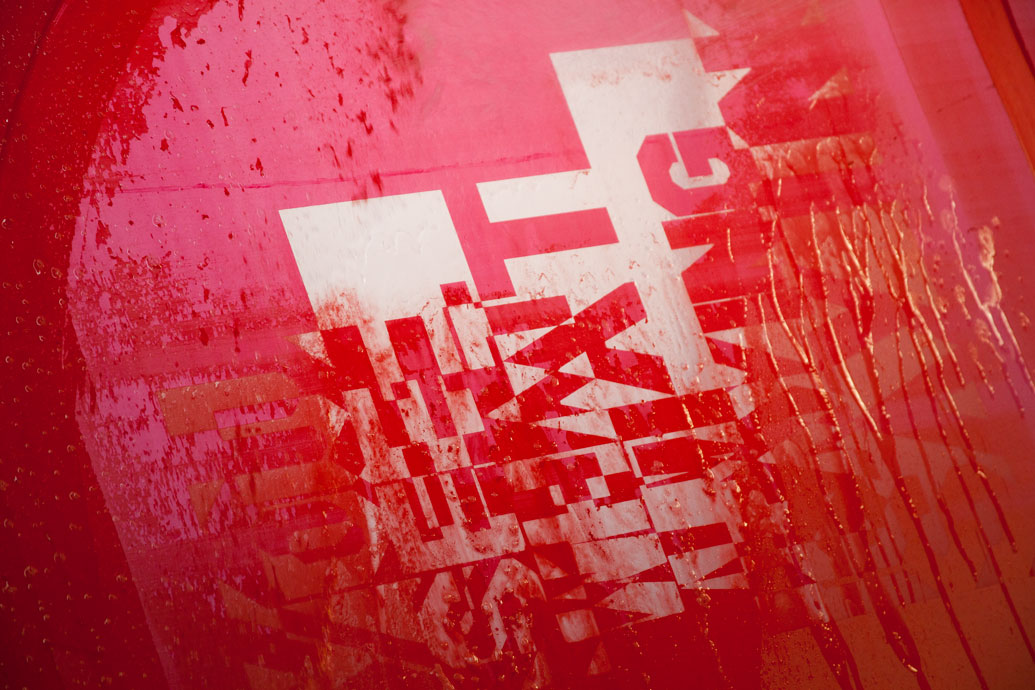 You See What I‚Äôm Saying (twice over print version) 2012

Published and printed by Negative Press 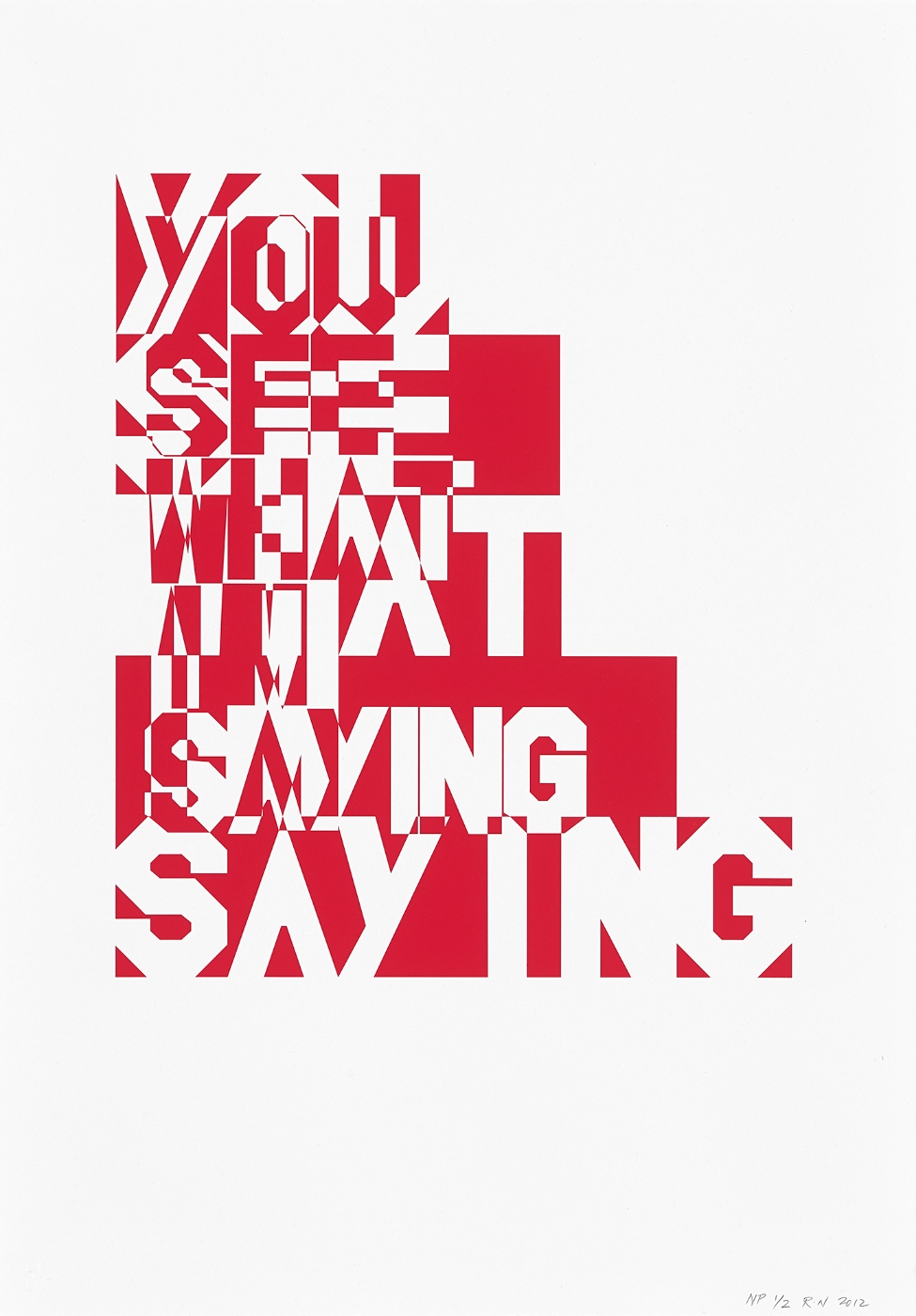 A sense of something^
Warren Taylor

Hi Rose, after we spoke the other day I walked through Platform gallery under Flinders Street and three teenage girls were looking at the artwork in the display cases and I overheard one say: ‚ÄòI think it‚Äôs street art‚Äô.
> Ha... that‚Äôs funny. 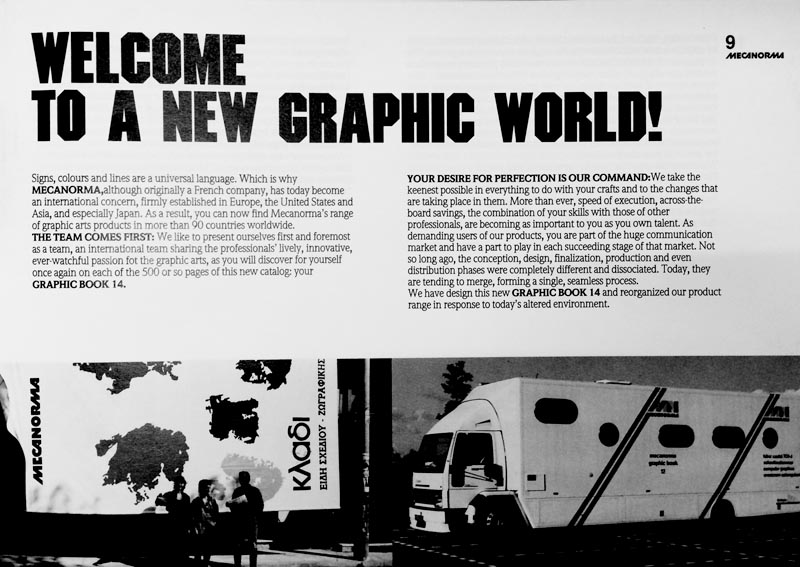 There is a book dedicated to Swiss artist Richard Paul Lohse‚Äôs prints1. It‚Äôs 472 pages thick and has 288 plates. Lohse, who died in 1988, was principally a painter and graphic designer, but fascinated by the artistic potential of mechanical reproduction ‚Äî like many of his contemporaries ‚Äî he championed the craft and its application.

Rose Nolan‚Äôs print YOUSEEWHATIMSAYING is the first edition to carry the imprint of Negative Press. It‚Äôs not the first edition printmaker and founder Trent Walter has made with an artist ‚Äî but an emphatic moment of inception for an ambitious project.

The print edition of Rose‚Äôs work is the third treatment using the text YOUSEEWHATIMSAYING ‚Äî a statement overheard by the artist in a crowded subway. The first work is a series of stacked canvas boards painted during her residency at the International Studio and Curatorial Residency program in Brooklyn in 2010 and the second was a large scale wall painting for Monash University Museum of Art (MUMA) in 2012. Whilst the first iteration was used as a template for the preparation of digital artwork, it was the lockup of 347cm high letterforms that paired the work with the print initiative. 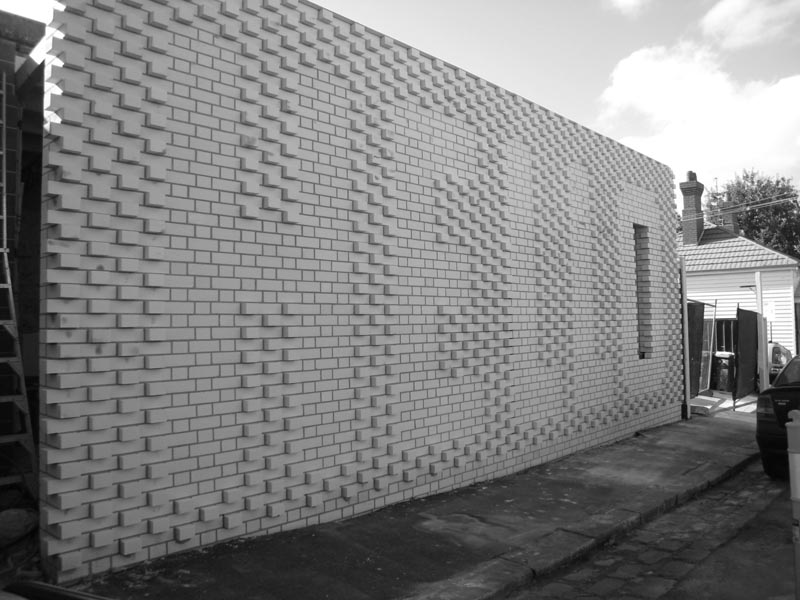 I had never heard of Mike Parker prior to watching a documentary on Helvetica. Visibly moved by the strict formalism and geometry of the Haas Type Foundry in Basel, Switzerland, Parker recounts co-director Eduard Hoffmann‚Äôs approach and ‚Äòthe way that he would use other people‚Äôs hands.‚Äô As Parker continues, he gradually hits a peak of typographic exhilaration: ‚ÄòThe interrelationship of the negative shape. The figure‚Äìground relationship. The shapes between characters and within characters. With the inked surface. And the Swiss pay more attention to the background, so that the counters ‚Äî the space between characters ‚Äî just hold the letters. I mean you can‚Äôt imagine anything moving. It is so firm! It‚Äôs not a letter that‚Äôs bent to shape. It‚Äôs a letter that lives in a powerful matrix of surrounding space. It‚Äôs... oh it‚Äôs brilliant when it‚Äôs done well‚Äô. 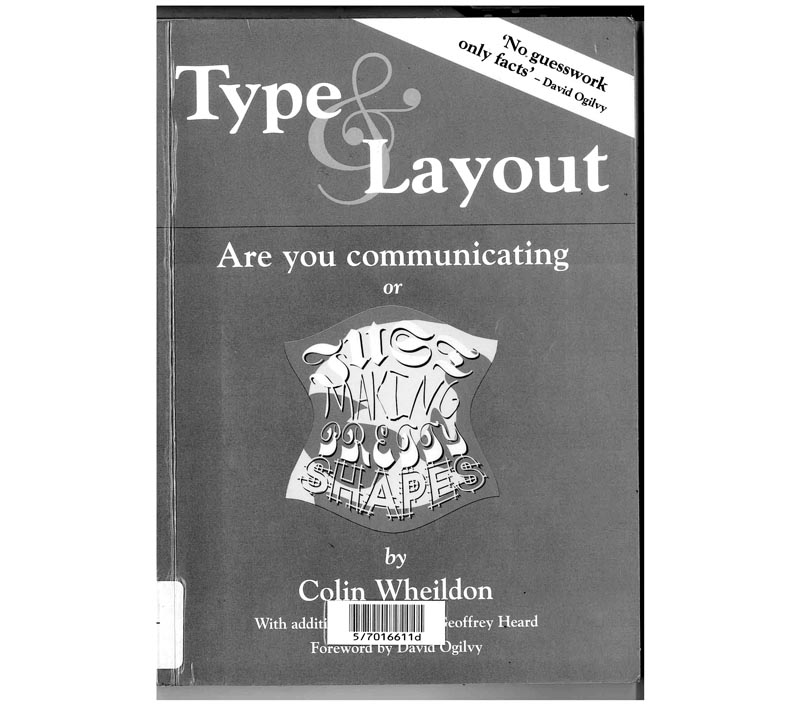 > Hey Warren... I have heard of that font Machine before... my font just came from using the ruler and straight lines (not able to do curves). The measurements of the angles external and internal always vary ‚Äî so nothing is ever fixed.

I have a digital scan of one of Rose‚Äôs sketchbooks from her residency in Brooklyn. At the top of one page there is a handwritten note that says: ‚ÄòA script for two voices‚Äô. YOUSEEWHATIMSAYING as a typographic statement exploits two faculties ‚Äî sight and speech. As a sound bite it is unmistakably the rhetorical intonation of the American (if it was recorded in Australia it would be YOUKNOWWHATIMEAN). In its abstracted typographic form, the work solicits an exchange.

> I have to show you the big HELLO work on my house.

Artists who work with text often pursue statement as a call to action. Rose avoids this. These maxims carry a performative aspect. There is a voice, however reticent, strategically placed on banners, walls, placards and trams OVERANDOVERAGAINANDAGAIN.

Warren Taylor is Director of The Narrows and Lecturer, Communication Design, as MADA Monash University.

Mecanorma Graphic Book 14 was published in 1988 by Mecanorma International. The font used for titling is called Machine.

1Richard Paul Lohse: Prints was published by Hatje Cantz in 2009.

The Hello wall is part of a domestic architecture project on Nolan/Hicks House in Richmond Victoria between Rose and OOF! Architecture.

Mike Parker was the director of Typographic Development Mergenthaler Linotype USA from 1961‚Äì1981 and the film Helvetica was directed by Gary Hustwit in 2007 and released by Plexifilm.

Type & Layout: Are You Communicating or Just Making Pretty Shapes was written by Colin Wheildon and published by The Worsley Press in 2005.

Parts of this text were taken from a conversation with Rose Nolan in February 2014.