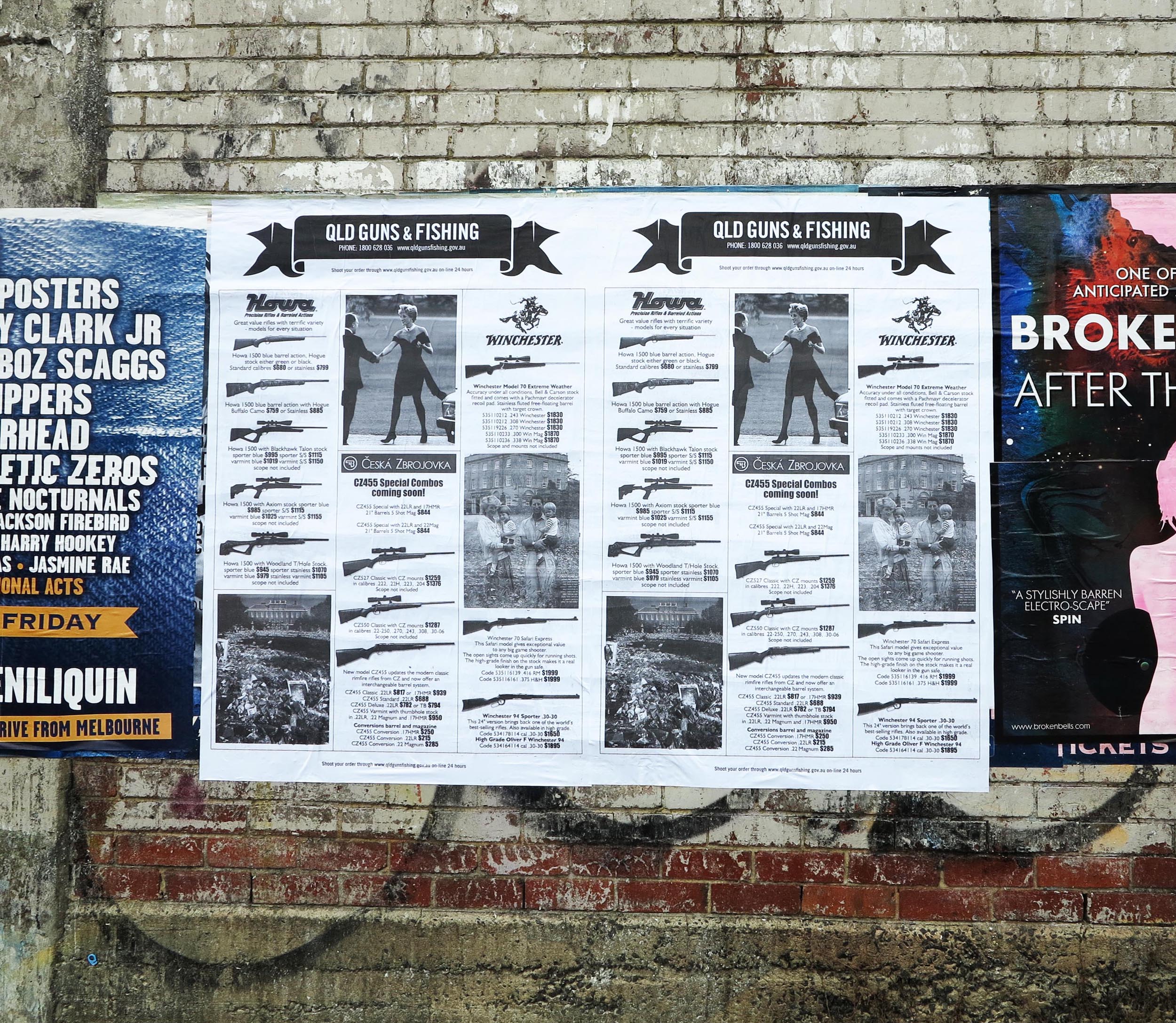 Distributed for the street by Plakkit. 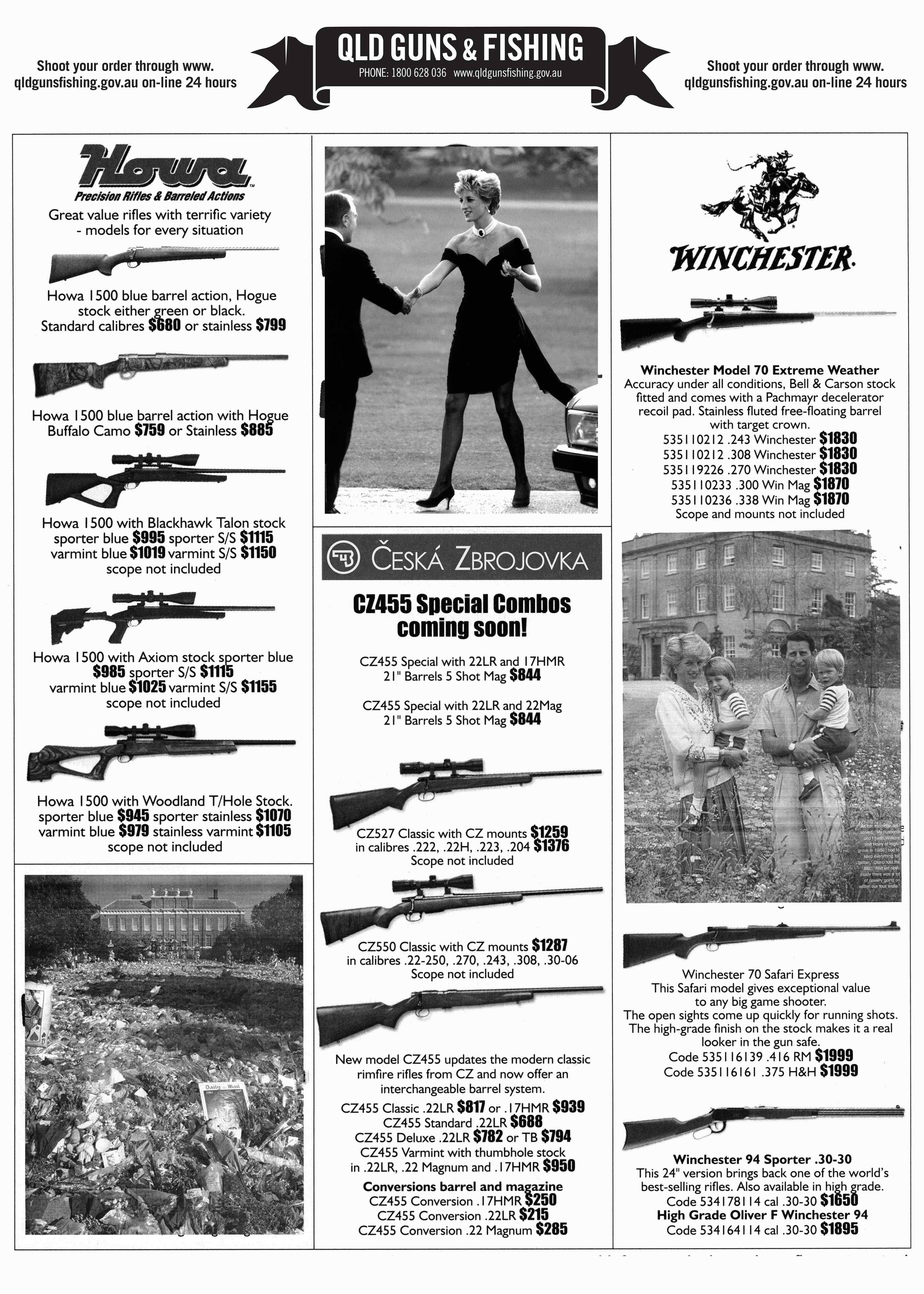 In her seminal essay ‘Posters: Advertisement, Art, Political Artifact, Commodity’ (1970)1, American cultural critic Susan Sontag describes the street poster’s function as ‘to seduce, to exhort, to sell, to educate, to convince, to appeal’. Distinct from the public notice, street posters are active visual aggressors that pursue attention from a distance: ‘The values of the poster are first those of appeal, and only second of information,’ she writes. Street posters presuppose a modern concept of public space—they almost always exist in competition with other visual signs, and thus jostle for attention in the image- and word-choked surfaces of the contemporary city. For Sontag, ‘It is capitalism that has brought about that peculiarly modern reformation of the public in terms of the activities of consumption and spectatorship’.

These ideas are instructive when considering artist Stuart Ringholt’s recent poster project made in collaboration with printmaker Trent Walter at Negative Press, Melbourne. Ringholt has created a limited edition, black-and-white offset lithograph from collaged found images, which will be reproduced and distributed through the streets of Melbourne in early 2014.

Ringholt’s poster features three images of Diana, Princess of Wales, sourced from a collection of found Australian and British women’s magazines. In the first image Diana is all but absent, save for a tiny reproduction on the front page of a souvenir newspaper nestled in a blanket of flowers at Kensington Palace, an image that today serves as visual shorthand for the mass outpouring of public grief that accompanied her sudden death in 1997. The second image is of Diana looking glamorous and coy as she greets a faceless wellwisher, while the third sees her posing with her husband and children in a family portrait. Together, the three images form a holy trinity—the martyr, the ‘people’s princess’, and the idealised wife and mother—that encapsulates and perpetuates longstanding public and moral sentiments.

Visual artists have long used collage as a strategy to reveal repressed cultural tensions, and in this project Ringholt has grafted the seemingly inviolable image of Diana onto an advertisement for firearms, to similar effect. Using a page ripped from a shooting and hunting magazine, Ringholt has framed each image of the princess with a cavalcade of rifles, their hard jigsaw-like shapes punctuating the scene with the staccato rhythm of rapid-fire bullets. Unfurling across the top of the poster is a regal, colonial-style banner bearing the gun distributor’s insignia: ‘QLD Guns & Fishing’.

Just as Sontag saw the street poster as having two interrelated aims, to build consumption via capitalism and, later, to build nations via mass political participation, Ringholt’s black-and-white poster borrows as much from the visual language of advertising as it does from political radicalism and punk anarchism. Drained of colour, gloss and detail, the collaged images are reduced to their elemental forms, their visual ‘noise’ distilled. The guns’ stark rigidity and unyielding repetition make a mainline to the viewer’s moral and psychic core, reigniting within them an emotional and ethical charge otherwise blunted by commercial mediation and media saturation. In this way the work achieves the much sought-after ‘cut-through’ that drives advertising and politics, at the same time that it denies the function of both.

As a work of conceptual art, Ringholt’s perplexing poster usurps the traditional mechanisms of street advertising to mobilise a suspended moment of symbolic resistance and confusion. The work’s strength lies in its dissonance and its menacing irresolution, where, to quote Sontag, ‘there’s a tension between the wish to say (explicitness, literalness), and the wish to be silent (truncation, economy, condensation, evocativeness, mystery, exaggeration)’. For some viewers, the poster’s layout will read as a newspaper obituary; they will see the work as a meditation on trauma, grief, vulnerability, anguish and loss. For others, the poster will engage with ideas of media spectacle, celebrity and the merciless mistreatment of ‘the most hunted person of the modern age’.2 Many more will be reminded of the recent hysteria surrounding three-dimensional printing and the purported ability of consumers to mass-produce weapons in their own homes. Some others will be reminded of Indigenous genocide in Australia (and specifically Queensland), and the history of violence that has occurred under the monarchy’s watch.

What is clear is that Ringholt’s poster rips violence (or, more accurately, the idea of violence) from its media safe-haven and pastes it directly onto the street. Symbols of hunting and death pierce the inside of urban Australian culture, where it does not belong: war is out there; we are safe in here. The work suggests that something is amiss in the social fabric, whose normal function is to keep such events beyond the pale. Some essential function in the social immune system has slipped, broken or been otherwise mangled such that it has allowed a tear to open up.

At the time of writing, the poster’s distributors were expressing trepidation around their role as public disseminators of the work, which is testament to the culture of fear and anxiety that it engages. Of course it’s crucial to note that no violent acts are actually represented in Ringholt’s poster; rather, there’s an allusion to violence through the careful juxtaposition of images. The scenario that is mobilised in the viewer’s mind is of their own making, as they attempt to reconcile dissonant visual prompts. Read in this way, Ringholt’s provocation encourages a deeper thinking about the representation and perpetuation of violence in contemporary culture, and the long-term consequences this has on the individual’s imagination and navigation of the world.

Ulanda Blair is a Melbourne-based curator and writer, and Assistant Curator at the Australian Centre for the Moving Image.

2 As described by Earl Spencer in his funeral oration for his sister, delivered on 6 September 1997: ‘It is a point to remember that of all the ironies about Diana, perhaps the greatest was this—a girl given the name of the ancient goddess of hunting was, in the end, the most hunted person of the modern age’.
See http://www.bbc.co.uk/news/special/politics97/diana/spencerfull.html, accessed 12 November 2013.